On April 12, a once-in-a-lifetime alignment of Jupiter and Neptune meeting in Pisces connects us to the high heart.

Why is this such a special moment in time, and what is a high heart?

These two planets have not gathered in the sign of Pisces since 1856 and they won’t again until 2188.

“On April 12,” explains Miraval Austin Astrologer Lynn Carroll-Rivera, “they will be at the exact same degree to Pisces, but we will feel the ripple effect for the rest of April into May when Jupiter moves on into Aries. Even though they converge in other signs more often, this conjunction will not happen again for a long time.”

During the year of the last Jupiter-Neptune union in Pisces, the world was shifting and experiencing a relative period of peace. The Treaty of Paris was signed, ending the Crimean War. The Great Bell of Big Ben chimed for the first time in London, and James Buchanan became the 15th US president just five years before the nation erupted in civil war.

It was a time of yearning for spiritual connections. People held seances, consulted clairvoyants, and believed in fairies.

In 1856, people were searching for meaning, and today we seek a similar kind of significance under the same starry skies.

We yearn for the wisdom of the high heart, a chakra—or energetic center—that is all about living our personal truth and doing so with passion and conviction. “The high heart,” says Lynn, “helps us tune into unconditional love. It’s the chakra that connects language, truth, forgiveness, and our core emotions.”

What does it all mean?

Jupiter and Neptune both rule Pisces, Jupiter being its ancient ruler and Neptune, having only been discovered in 1846, the more modern. Jupiter magnifies anything it touches, and Neptune, in its own sign of Pisces, is that cosmic ocean of soul magic.

Neptune’s limitless nature and slippery boundaries in Pisces might leave us feeling a bit untethered, with no tangible connection to the physical world. But Jupiter brings its enormous opportunity for growth and good fortune. It opens us up, grounding that Neptunian-Piscean energy into the earth, making it accessible and within our reach.

This mystical moment serves us the tarot’s Ace of Cups.

“Aces are like seeds,” Lynn clarifies. “They’re not yet manifest.” You have to accept them and then do something with them. The Ace presents a cup of cosmic soup, a container for possibilities and potential.

This conjunction moves us out of our recent new moon and its waving wand of vitality into the suit of cups and its corresponding energy of holding and beholding.

“The Ace of Cups is so lovely and inviting, so much about finding one’s heart, and such a kindness card – especially self-kindness,” says Lynn. “There is such gentleness to this Jupiter-Neptune presence in Pisces. There’s mystical stuff, creative imagination, and fairy dust.”

At its root are forgiveness and a promise of compassion for all beings. The Ace is the seed of love and hope.

“It starts in our hearts, in us,” Lynn suggests. “Neptune is the higher vibration of Venus (what we love and what brings us pleasure and happiness). Neptune is unconditional love. So, it’s not dependent on a certain response; it’s just radiating and expressing love.”

It’s a time, Miraval Family, for vibrant beginnings, a gathering genesis of goodwill and grace.

It’s also a nice reprieve from the season’s intense Aries energy. “Aries,” Lynn notes, ”can be rash or aggressive. Still, here we have this super-soft, gentle, sweet Jupiter-Neptune-Pisces energy permeating the whole next month, urging us to use that fiery energy not just for mundane things but more personal confidence.”

Under these skies, we can be courageous and inspired to lead with heart and spirit instead of ego and self-absorption. We can also prepare for the upcoming intensity of the April 16th full moon. Even though it will be in Libra, which is about wanting harmony, balance, and getting along, it might be emotionally charged. The sun and moon will oppose each other and square Pluto (often associated with death, transformation, and rebirth), which can be more of an evolutionary planet and less about personal things.

“Pluto,” Lynn explains, “can be about big endings and turning points. It’s in a good aspect to Saturn, which can be helpful for the hard work of transformation.”

If last month’s earthy Virgo full moon served to tether and ground us, now we look purely to our hearts to do that job.

“Before you get too intent on producing something from this aspect,” cautions Lynn,  “I think you first have to focus on receiving it. It is about allowing that unconditional love, this beautiful inspirational cosmic energy, to come into our own hearts. From there, miracles can happen.”

From there, all is possible. We can tread on water; we can surf in the celestial skies. There are no limits to Jupiter and no end to Pisces’ boundless sea. It’s a fertile moment of imagination and creativity. If you’re seeking out creative projects, this is your time. Here lie all the possibilities. Here, we can create an extra generous dose of compassion in the world and deepen our collective sense of empathy.

A Word of Caution

The shadow side of this aspect is exaggeration. “Anyone who already has a tentative grip on reality can get amplified under this influence,” warns Lynn. “We can expect there will be people who go way off the deep end.”

Steer clear of conspiracy theories and hyperbolic fears. If you tend to get swept up in extremes, you can flow better with this energy by paying attention to your thoughts and noticing where your imagination goes. If you find that it’s fanning your worst fears—the things that make you feel out of control or upset—acknowledge it and turn your attention to the things you want. Ask yourself how you can conjure, create, and nourish the visions you do want to bring into this world instead of those that might consume you.

This conjunction asks the questions:

What will you put into your cup?
What force will it feed?

“Pisces,” notes Lynn,” “is all kinds of ungrounded potential of the cosmic sea. What are you going to lasso and bring down from there?”

In other words, what do we want to latch onto? What are we going to open up?

In this super-psychic and sensitive sign of Pisces, Jupiter and Neptune nudge us all to become mediums and channelers. We must choose if we want to feed on darker forces or tap into the light. “It would be a shame to use this energy to feed your worst-case or most fearful ideas, and it would reaffirm the opposite of the Ace of Cups, which is all about opening the heart.”

After all, Lynn reminds us, everyone comes from and returns to love. The only thing that stands in the way of that is our own sense of separation.

This moment in celestial time is a giant reservoir of love raining down upon us. Close your umbrellas, open your hearts, and take a big drink from this great chalice in the sky. 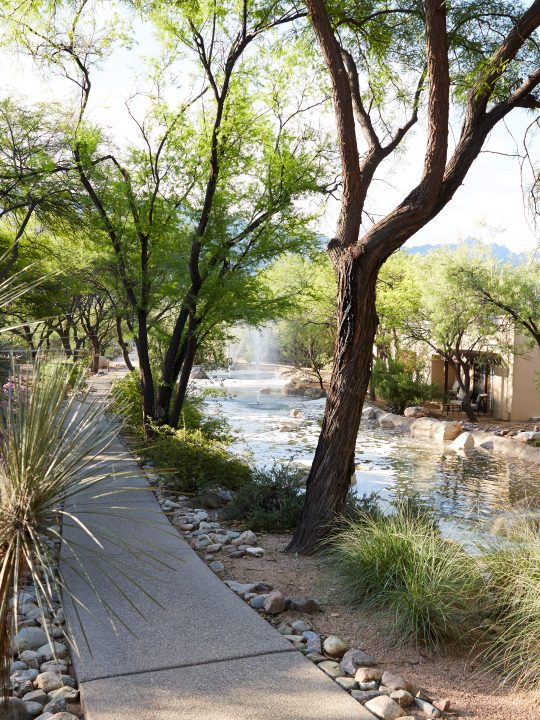 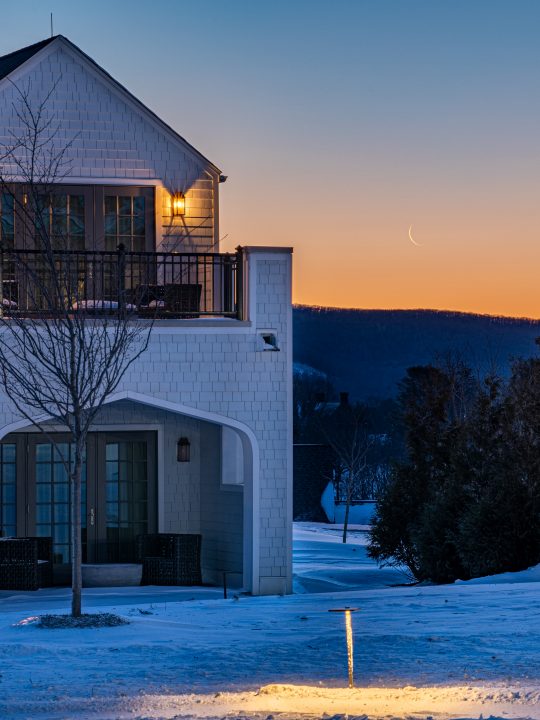 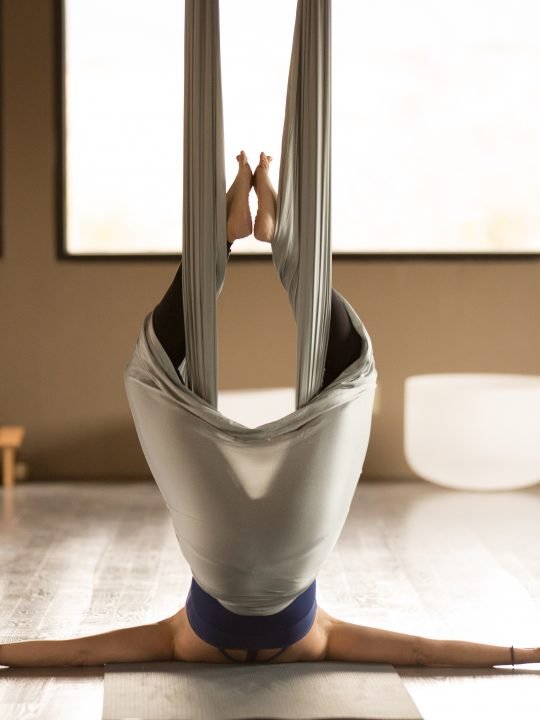 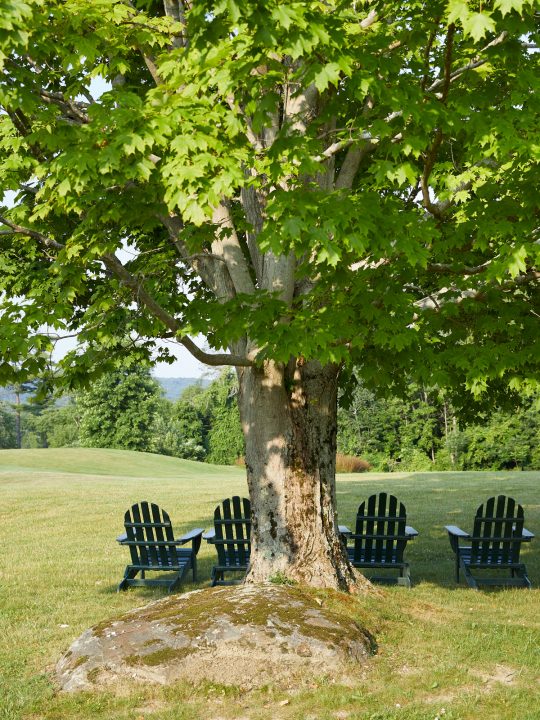