7 Lessons from a Donkey

A Morning with Mabel at Miraval Berkshires

Horses might be the highlight at Miraval’s Meadowview Acres Farm, but the donkeys will steal your heart.

People are often surprised to hear that donkeys are equines, too. They came from the rocky, dry climes of Northern Africa and lived alongside humans, bearing their burdens and building trade routes and civilizations together since ancient times.

I am in awe of horses, but donkeys make me feel like I’m part of the pack. Horses strike me as regal and royal, aloof in their majesty, while donkeys—smaller in scale and physically affectionate—feel like old huggable buddies.

Everything at Miraval Resorts’ Animal Connections program is about relationships and how we can apply these learnings to various aspects of our lives— particularly in how we work and function together as a society and in the workplace.  From re-entering the conference circuit to how we collaborate as a team in hybrid office settings, this is a great opportunity to level set and use some solid equine sense. Miraval offers a Journey with Intention called Leadership Fulfillment, where guests can find inspiration and actionable communication tools grounded in mindfulness. You can share these learnings with your colleagues or experience them together in a team-bonding retreat.

Last month, I spent a whole morning with Mabel and Maisie, two Sicilian donkeys who came to Miraval Berkshires from a Long Ear rescue farm called Save Your Ass. I walked away from the Donkey Discovery workshop with the sweet smell of hay in my hair and a few valuable lessons learned from these affectionate, mindful, and playful creatures.

7 Lessons from Donkeys to Improve Your Work Relationships

We all know how it feels when a close talker invades our space. We don’t like being crowded, and neither do donkeys.

While a donkey and a horse are both prey animals (meaning larger animals hunt them), they have strikingly different defense mechanisms. The horse flees while the donkey fights. Just like humans, their survival style affects their interactions.

Donkeys don’t like being snuck up on—and really, who does? They have a blind spot directly behind them and poor vision directly in front of their faces. I didn’t want to test out Mabel’s famously powerful defensive kick and knew to gently announce my presence with touch and steer clear of her rear.

“It’s best to approach donkeys by their shoulder (rather than from behind or directly head-on) to give ample clues of where you are and to show that you are not a threat,” says Miraval Animal Connections Specialist Jen Leahey.

Being by anyone’s side is far more respectful than up in their face. Most humans would concur.

2. Be a good listener & intentional speaker.

Donkeys have huge listening ears and loud, powerful voices that let them communicate over great distances. I was surprised when, 30 minutes into the program, I hadn’t heard more than a few soft grunts and breathy snuffles.

“Donkeys use their voices selectively,” Jen told me. “They’re very intentional about expressing themselves verbally or physically. People think of donkeys as braying and kicking, but they offer a lot of clues to their thoughts and feelings first.”

As someone who is constantly listening to people talk over each other during awkward video calls, I had to think about that for a minute. Just because we can use words powerfully doesn’t mean we can’t be more selective about how we use our power.

If Mabel could speak, I’m pretty sure she would tell me to stop making so much noise.

3. Accept that there is more than one way to lead.

There’s a classic cartoon of a human arduously pulling a leash attached to a bracing donkey.

“That shows an overwhelmed and threatened animal,” says Jen. “We humans call it stubbornness because it’s not the response we want. But the donkey is communicating as a form of self-preservation.”

We tend to align with the kind of leadership horses seek—someone who says, “Go this way now.” It’s how horse herds stay safe, teams win games, and companies make money. But donkeys don’t care about trophies or treasure. They are practical creatures who crave security. To lead Mabel around the pen (the task at hand), I had to ask what the moment required.

What kind of a leader did Mabel need?

One who had her best interests in mind and could communicate on her level. The same move will not always serve us all the time—not in the round pen or at the conference table.

Yanking harder on a leash won’t work, but if we take the time to learn how any being responds to pressure—in Mabel’s case, by leaning against it instead of into it—we can change how we ask anyone to move. We can request collaboration instead of demanding action.

Donkeys have minds of their own, and so do most people. Mabel helped me suspend my attachment to ideas of a right or wrong way to do something. Without the hard edges of agenda, we all move more smoothly. This is key to leadership in any setting, especially for fostering empathetic leadership and being able to reach and amplify a diverse range of ideas and voices.

4. Establish trust and find a point of balance.

So, how do you get a resolute donkey to move around a pen?

The answer lies in establishing trust and finding a point of balance together.

When going up a mountain path, pack donkeys lean into each other as they ascend to ease the journey.  Finding a point of balance between them helps each of them carry their load. It doesn’t even matter if the donkeys or their burdens are different sizes. They lean into each other for comfort, stability, and support.

Donkeys respond to pressure, so when you pull on them, they counter that movement by leaning against the pressure and pulling back the other way. It’s less logical and more instinctive. You have to feel your way through.

Mabel reminded me of when my youngest son was a toddler. When he wanted me to move with him in a particular direction, he would point, utter something unintelligible, and lean hard against me. It meant he wanted to move in the opposite direction of his nudge.

When I put my hand on Mabel, I pushed against her, and she leaned back into me. It took a minute to reorient myself to this mode of navigation (the toddler mentioned above is now a teenager and has no problem saying exactly what he wants).

I found myself reaching back to more intuitive times.

I found myself leading by leaning.

I learned what Mabel already knows: we become more agile and nimble when we carry each other.

When we started the class, I faced what seemed like an impossible task: walking Mabel all the way around the pen. How many times have we felt that way when being assigned a new work project?

“Maybe,” Jen said, “Mabel isn’t so sure she wants to do that. What if you just try to reach this post as a first step?” she suggested and pointed to a spot five feet away.

I shrugged my shoulders and let the moment unfold. Mabel and I nudged and bumped each other in a less-than-straight path and made it to the first post. Then the second. She felt ok with it, and so did I. Eventually, we got into a little rhythmic donkey dance, a slow sachet.

Both beast and guest were much less overwhelmed.

How often do we ask too much of our partners and coworkers? When do we weigh down our teams with big-picture demands instead of presenting them with landmarks, touchstones, and achievable targets along the way?

A signpost, bale of hay, or shady spot in the grass make nice places to rest; they sustain us until we’re ready for the next step of any journey.

Patience is the donkey’s superpower. They’re willing to wait and thoroughly think through any move they make. Unilateral decisions will not fly in this partnership: a conversation must unfold before a hoof is raised.

Can this be enough, Mabel seemed to ask me, to just be present and in her presence? Could we pause and explore our connection in the moment?

A donkey has evolved to think more about where it puts its feet—and will avoid confrontation whenever possible—but if cornered, it will stand and fight before running. Horses are fast and built to run in herds to escape predators, but if donkeys used that tactic in the mountains, they would have run themselves off cliffs and out of existence as a species.

“Donkeys cannot,” says Jen, “be rushed into doing something they don’t want to do. They need time to assess, think critically, then find a better way forward.”

How often do we rush through experiences, to-do lists, or meals just to tick them off? How often do we flee an uncomfortable situation we don’t want to face?

Mabel taught me that it’s ok to suspend the timeline and embrace her measured pace.

7. Our bonds make us better.

Donkeys develop super strong ties with their companions. It’s called pair-bonding. They typically graze close together, often touching noses. They fall asleep with their heads draped over each other like puppies.

If you move one, the other will follow. If separated, they become agitated; they might breathe more heavily, pace, paw the ground, or bray to locate their friend. Their separation distress can become so great that they might refuse to eat, which can lead to hyperlipemia, a potentially fatal condition.

Donkey reunions might be the most joyous occasions ever witnessed. The depth of emotion and devotion these creatures have for their companions is staggering. It makes sense that historically and culturally, the donkey has been a steadfast and faithful companion for religious figures like Jesus and Mohammed and to famous fictional characters ranging from Sancho Panza to Shrek.

Spiritually, donkeys are linked to wisdom and humility, and it’s no surprise that people have chosen donkeys as their cohorts—for practical journeys or personal quests, from the commonplace to the quixotic. They are willing partners if we earn their trust, and they can help us connect to abstract concepts in concrete ways, which is an invaluable skill set to promote and nurture in a team setting.

These mountain animals are incredibly well-balanced, sure-footed foundational creatures. They hold a place for us to notice the world without judgment and to accept each other as we are.

Mabel made me pause and rethink how I relate to others, especially my teammates and colleagues. I scratched her back, and she expanded my heart. The workplace (and world) would be a better place if we all took a pause, connected with our inner donkeys, and applied the lessons above to our relationships.

Each time I visit Meadowview Acres Farm, I discover new ways to bond and respond, to find a new pace and a path forward.

To inquire about planning a Mindful Group Retreat, click here. 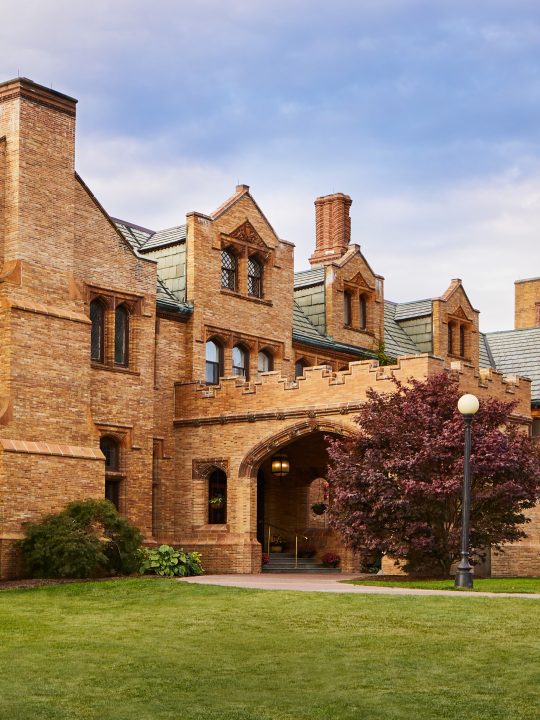 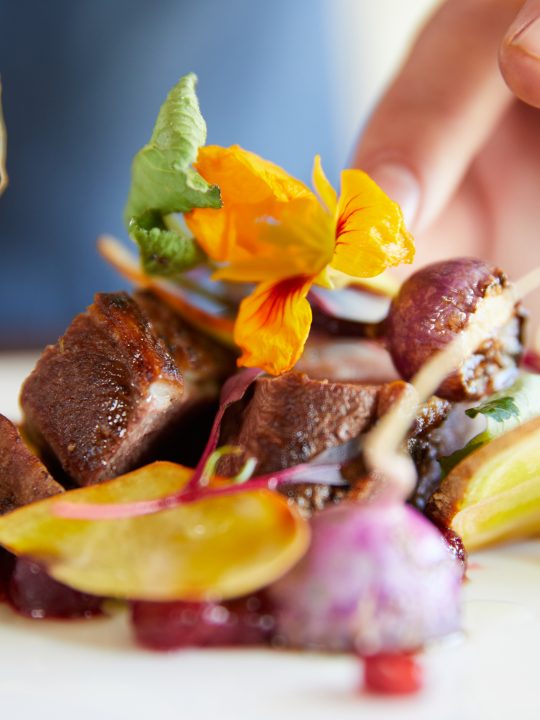 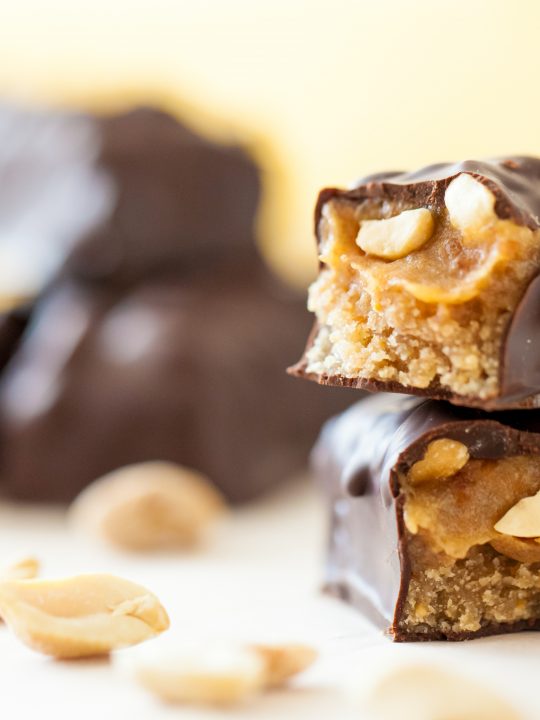 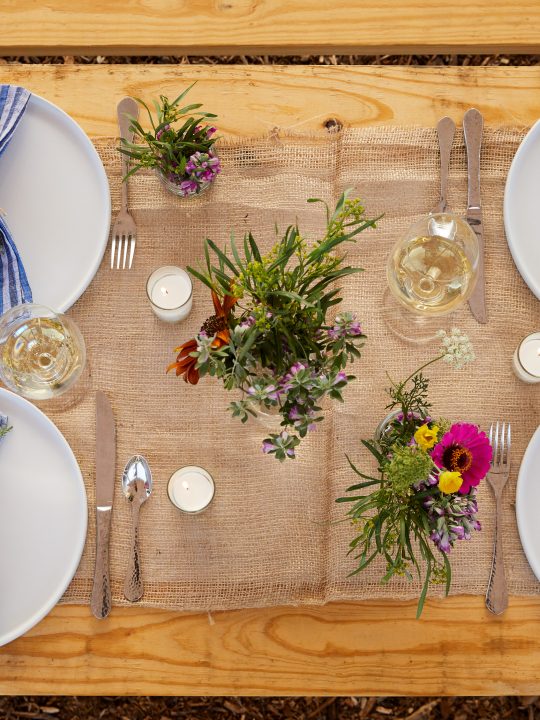 Create Your Own Basket of Intentions for Mother’s Day 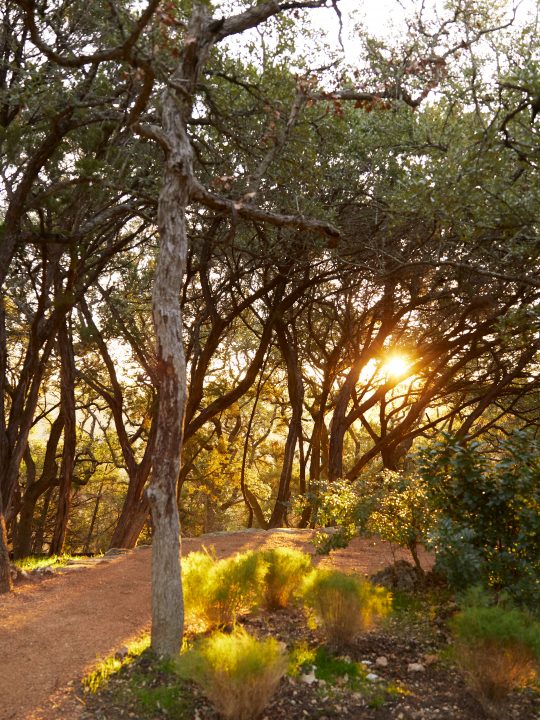 The Nest: Birds of Miraval Austin